Our Strane Gin review tries two of the gins from their range. What did these Swedish craft gins with two secret ingredients have to offer?

We’re big fans of the Swedish lifestyle and some of us at whichgin.com frequent a Swedish pub. So we were intrigued to try Strane Gin. It comes from Hunnebostrand, which is north of Gothenburg on Sweden’s west coast. The gins are crafted at the Smögen Distillery, which was designed and built by pioneering distiller Pär Caldenby.  Incidentally, Strane is the old local name for the harbour in Hunnebostrand. We’ve not made it there yet, but the picture of it below suggests we should add it to our list

We’re interested by the approach taken to creating the Strane stable of gins. It’s quite unusual but, if you think of a good blended whisky, you’re not far off. Three distillates are actually produced, each with a different flavour profile. These are then blended to create the gins. It’s a small batch approach that’s taken too, using 100l pot stills, and the distillates are produced in batches of 45l. The whisky produced at Smögen can also be bought in the UK from Amazon or Master of Malt. There are various expressions available, an example of which is below.

Strane Merchant Strength Gin comes in at a thumping 47.4% ABV. That’s quite high for the main gin in the range. Despite this bottling strength, we were definite fans. For gin lovers, particularly those who like their gin ‘to taste of gin’, it has a comforting hit of juniper that stays on throughout. In fact, as one of the team said, “it’s very ginny.” Appreciating that’s not the most helpful of adjectives for a gin (if, indeed, it’s even a word), it probably does best convey our overarching taste experiences.

The other botanicals are certainly there, but they’re pleasantly subtle and stay more to the background. Of these botanicals, we certainly detected cinnamon and the coriander. There’s also a subtle herbal taste in there; there’s sage and mint in the botanical mix.

Stream All You Want with PureVPN Exclusive Discount

The three distillates we mention above are juniper, herbal and citrus based. We’d put them in that order in terms of what we found upon tasting. We didn’t find any significant citrus in the Merchant Stength at all (unlike the Navy Strength below). We’d love to reveal what the two secret Swedish ingredients are, but we have no information on that other than one of them being local, and the other ‘exotic’. Whatever they are, they certainly didn’t reveal themselves in an overpowering way.

Strane Merchant Strength is a really nicely-balanced, juniper-led gin. If you’re a fan of gins like Plymouth Gin, this is one you should definitely try. We served it with plenty ice and a good quality tonic. Lemon and lime both worked as a garnish, perhaps as they revealed more of their citrus botanical brethren too. Particularly when served as a G&T, we found Strane Merchant Strength to be an excellent gin.

We’ll admit that we’re almost glad that most Strane Gins come in smaller, 500ml bottles. The Navy Strength version comes in at 57.1% ABV. The Uncut Strength version hits an eye-watering 76% (you can buy it from Amazon or Master of Malt in the UK). We’ve not tried it, so please let us know if you have in the comments below! In fact, in 2018 Strane Ultra Uncut at 82.5% was launched (which came in 200cl bottles). We haven’t found a supplier yet that hasn’t sold out, so let us know if you do. This is certainly a robust stable of Scandinavian corkers that need to be respected.

We found the Navy Strength also to have the ‘traditional’ juniper that the Merchant Strength does, but it’s less pronounced. We’d also change the order of the distillates that we could detect here; we’d go juniper, citrus, herbal. We took this gin neat, and in a classic G&T. In each case we took it in moderation (and with roughly double the tonic to gin in the G&T). We preferred the G&T to drinking it neat, but we can see that taking this gin neat would evoke a definite sense of warmth on a cold night. Perhaps that’s no surprise given its Swedish provenance.

What was interesting to us is that, although we realised it later on despite being sensible, the Navy Strength didn’t taste as strong as the bottling suggests. That’s a good indication of it being a smooth gin and, like the Merchant Strength, well-balanced.

Overall, if you enjoy exploring world gins and like robust, traditional gins, we’d certainly recommend you get your hands on one of the Strane Gins. As they say themselves, this is “no ordinary gin”.

As noted, the main Strane Gins come in 500cl bottles. They’re at a relatively premium price-point, which we think fairly reflects the craft involved. You can buy Strane from Amazon [link is to Navy Strength], Master of Malt [link is to Merchant Strength] and other stockists. As noted above, you can also buy Strane Uncut Strength in the UK (all 76% of it) from Amazon and Master of Malt.

Buy Strane Gin US and Canada

The bad news is that Strane Gins aren’t available in the US and Canada yet from Drizly, but please take a look at the gins available there via the link below.

Disclosure: We received no payment for this Strane Gin review, but we were sent samples of the gins above for review by the kind folk at @StraneGinUK. We conduct independent reviews and, in line with our policy, we only include gins on the website that we feel able to recommend. We don’t include those gins that haven’t been to our tastes (but they may well be to others, so we’d never name them, and we do appreciate the effort that has gone into making them). As with any of our reviews, if you click a link and subsequently buy something we may get a small commission from the online retailers (but it doesn’t cost you any more). It helps us keep the website going, so many thanks for your support and for helping to keep our passion for reviewing and writing alive!

Our Sipsmith Gin review finds this wonderfully balanced gin crowned as our Gin of the Month for June. Read why we’ve chosen Sipsmith’s classic London Dry Gin for this accolade. […]

Our Plymouth Gin review finds a great, honest gin that pairs well with tonic and a slice of lemon. We can see why this gin has been around for over two centuries. […]

Our Gin Mare review reveals a beautiful gin from the sunshine of Spain. We’ve made it our Gin of the month for July 2019. […] 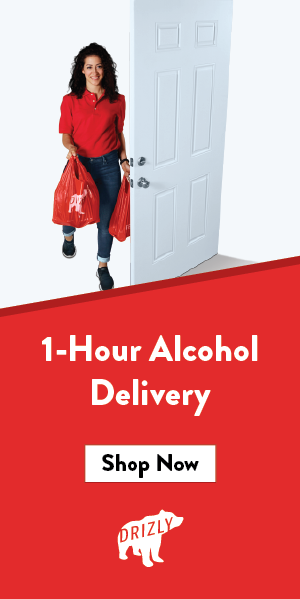 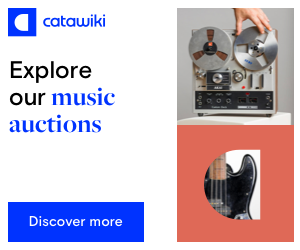